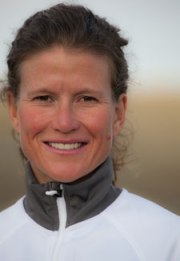 Melody Fairchild was called the greatest high school distance runner in U.S. history. She was the first high school girl in history to break 10 minutes in the 2-mile (9:55.9) and although she struggled initially at the University of Oregon in the mid-1990s, she came away a 3,000m indoor NCAA champion and an Olympic trials qualifier in the 10K. Melody Fairchild was considered a star constantly on the rise from her earliest years, until 2000, when after a disappointing showing at the U.S. Olympic marathon trials, her name disappeared from race results for a decade. Fairchild, now 39 and living in Boulder, is rising once again and back at the top of the race results, this time on the trails. In 2012 she made the U.S. Mountain Running Team and went on to the World Mountain Running Championships in Italy, where she placed eighth, helping Team USA earn a gold medal for the first time since 2007. She then helped Team USA win another gold medal at the World Long Distance Mountain Running Challenge at the Jungfrau Marathon in Switzerland. In 2007 she founded the Melody Fairchild Running Camp for High School Girls in an effort to help other athletes overcome the struggles she experienced first-hand in her own running career. 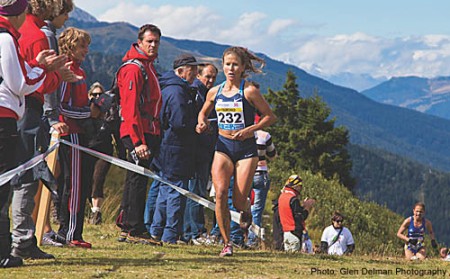 Melody Fairchild in the 2012 World Mountain Running Championships, where she finished eighth and the U.S. women’s team earned gold.

Boulder’s Melody Fairchild is at the top of themountain-running scene| by Ian Torrence, Running Times.

“Fairchild, now 39 and living in Boulder, is rising once again and back at the top of the race results — this time on the trails. In July she made the U.S. Mountain Running Team by placing second in the 5-mile Loon Mountain Race in July, the qualifier in New Hampshire that averages a 10 percent grade, with sections of more than 40 percent. She went on to the World Mountain Running Championships in Ponte di Legno, Italy, in September, where she placed eighth, helping Team USA earn a gold medal for the first time since 2007…”

“Whether it was the renewed strength, a newfound desire to inspire the youth she worked closely with, or her induction into the Colorado Running Hall of Fame, Fairchild was ready to return to the competitive scene. In 2010 she won the open women’s division of the Gore-Tex TransRockies Run, with her teammate Ellen Parker. The six-day stage event, which traverses 120 miles of the Rocky Mountains, “busted open” Fairchild’s perspective on her ability.
“The recipe for my success of late includes being coached by [2:07 marathoner] Steve Jones and having the opportunity to train with a strong, positive and supportive group of women,” Fairchild says.”
Continue reading about this remarkable runner at Running Times!

One-time phenom Melody Fairchild, now 37, is returning to competition after a 10-year hiatus, hoping to qualify for the 2012 Olympics. (David Zalubowski, Special to The Denver Post)

Legendary runner Fairchild goes for it again at 37  via @denverpost