* Due to a scheduling conflict, Lee’s induction has been postponed until 2022.

Lee started out as a long-distance track runner and represented Australia in the 5000m at the 1998 Commonwealth Games and attended his first World Athletics Championships the following year.  He was a 4X national 10,000m champion and broke the Australian record in the 5000m in 1999.  He competed for Australia two times in the World Cross Country Championships and moved up to the marathon distance in 1999 with a 2:11 performance.

He completed his elite career in 2014.

Lee lives in Boulder with his wife, Freyja, their daughter Macy and their two sons, Max and Jack.

She was the president and founder of Lending Sight, a USABA (United States Association of Blind Athletes) sport club that provided guides to visually impaired athletes.  The World Games and Paralympics running events now award medals to both guide and VI athlete.  Lending Sight created a precedent for races to waive registration fees for guides.

Her numerous awards include: (2012) Pacesetter Award in appreciation of contributions in the field of Quality of Life presented by Daily Camera, (2012) Boulder Chamber of Commerce Women Who Light the Community, and (2013) Sportswoman of Colorado-Dorothy Mauk Pioneer Award in recognition for developing the sport of VI running.  She developed running and swimming tethers which are manufactured by Athletic Speed Equipment, Inc. and sold world-wide.

Lyndon Ellefson lived an adventurous life ending tragically in mid stride as he fell through a glacier crevasse near Cervinia, Italy, 1998.  He was there as a member of the original, international Fila Skyrunners Team and was on a high-altitude training run in preparation for the Skyrunning Marathon.

Known as a fearless Alpine marathoner, Lyndon always approached life with a high sense of humor, tempered with passion for running.

His high school classmate at Barron HS, Tom Koser said Ellefson “was hilarious, (with) a great sense of humor.  He was a lot of fun to be with, he had a smile and a joke for all, and, during our junior and senior years, he was the leader of the pack to organize and do things.”

At the time of his passing, Lyndon was a Vail, Colorado gondola manager and is survived by his wife Tashina and his sons Sylvan and Kjell.

Alan’s 47 year career in running began at Poudre HS where he achieved a 13th place finish at the ‘76 Colorado State Cross Country meet and 6th in the mile at the State Track meet in the spring of ‘77.  At Colorado State University he lettered all four years and ran his 1st marathon in 1978 and followed this with a 2:37 effort in 1980 and ran 2:26 in the next three years.

From 2004-07 Alan coached cross country at Thomas Jefferson High School in Denver where he was twice awarded the Denver Public Schools Cross Country Coach of the Year.  He started the DPS Middle School Cross Country Championship meet, and from 2009 to present he has been an assistant coach at Rock Canyon High School in Highlands Ranch where he helped create the Rock Canyon Invitational which  has transitioned to the Douglas County Middle School Championship meet which is held annually during the Invitational.

Peter lives with his wife and five children in Alamosa, CO, where he teaches 7th grade social studies and has coached at Alamosa High School (15 years XC and 7 years track).

Peter was inducted in three Hall of Fames: Adams State HOF (2X), RMAC HOF, NCAA D-2 HOF and inducted into RMAC All Century Cross Country Team 2009.  Post collegiately, Peter was a 2X US National Road Champion, 2000 US Olympic Marathon Trials Runner Up, World University Team Member 1997 (Italy), and ranked Top 3 in the Marathon in the US 2000 & 2001.

Peter has coached both men and women semi-pros/pro runners and others, served as an agent for many pro-runners, and during his high school coaching as an assistant coach, his teams at  Alamosa HS have celebrated 5 XC Championship Teams, 3x 4×800 team titles, and 8 regional team titles.  During his coaching of the Penguins Track Club (Penguin XC and Track team) they have produced 10 All-Americans and 1 National Champion.

Joseph has been a 31-time Team USA national team member.  He is the only Black American to be part of the U.S. Mountain Running Team at any level.  He is an 18-Time USA National Champion and is a 5-time Xterra World Trail Running Champion.

He is the American record holder at the Mount Washington Road Race.  In August 2016, Gray won the Pikes Peak Ascent in a time of 2:05, the fastest climb since 1995.  The following month, he won the World Mountain Running Championships which were held in Sapareva Banya, Bulgaria.  In April 2017, Gray won the RRCA Colorado State Championship 5K Non-Road Race, held in conjunction with the Hams and Hamstrings 5K.

Gray has the FKT on the Manitou Incline in Colorado Springs with a time of 17:45 verified with GPS.

Scott is the eight-time winner of the Pikes Peak Ascent, including a stretch of 6 years out of 7, with a second place in-between. Although by all accounts one of the most grueling and difficult mountain races, his best time in the Ascent ranks in the top five all-time and has two sub-2:10:00 ascents. Over his career, Scott holds the record for the Pikes Peak Ascent for the longest gap between wins of 17 years (first in 1987 and last in 2004) and more recently assisted and advised Kim Dobson in her training leading up to her record-breaking Pikes Peak Ascent victory.

In perhaps more traditional road racing, Scott racked up at least six wins at the Golden-Leaf Half Marathon from Snowmass to Aspen. He also won the Imogene Pass Run. In road relays, he was a member of a record-breaking team for the Hood-to-Coast relay (considered the most prestigious road relay in the United States).

Turning to “Races to the top of a mountain”, Scott won the Mt. Evans Ascent in a new record (since broken). He is the four-time winner of the Mt. Baldy Run-To-The-Top in California.

Scott is a long-time Macinstosh computer consultant, currently employed by a Design/Advertising agency (Moxie Sozo) in Boulder.  He also coaches runners on the side.

J’ne Day-Lucore competed in college track and cross-country in Iowa before moving to Colorado in 1983 to get her MS in mathematics. She retired in 2017 after a 33-year career working in the aerospace industry. She enjoys coaching and spending all day running, swimming, cycling and practicing yoga with her athletes and friends. Her amazing husband of nearly 30-years was a stay-at-home dad for their three daughters which allowed her to live the dream of being a mom, executive and athlete while he took care of the cooking, cleaning, laundry and household chores.

J’ne was introduced to the Colorado racing community in 1985 when she won a couple of local races and was invited to join the Reebok Racing Team. These teammates became her best friends and training partners for the next 34-years. Her passion has always been running uphill where she won and held course records in the Pikes Peak Ascent (four-time winner), Mount Evans Hill Climb (three-time winner) and Mount Washington Road Race (three-time winner and Hall of Fame member). She completed her 28th Pikes Peak Ascent with an age group win in 2018 and hopes to continue racing the ascent for another 28 years. Her most difficult and greatest accomplishment was the ascent race in 2016 when she helped guide the first blind athlete, Luanne Burke to the finish line.

J’ne added cycling and swimming to her running routine to stay healthy and transitioned into racing primarily triathlon starting in 2006. She races in many local Colorado triathlons each year and has had three age group podium finishes at full Ironman races since turning 50. She donated a kidney in September 2018 and resumed triathlon training six weeks later. She’s currently training for Ironman 70.3 in Santa Rosa in July and is planning another return for her 29th Pikes Peak Ascent in August.

J’ne volunteers as a coach for Girls on the Run (GOTR) and is an active board member with the Rocky Mountain Triathlon Club (RMTC). She coordinates and leads weekly group track workouts, tempo runs, trail and snowshoe runs as well as being a volunteer ride and run leader for RMTC. She successfully has met her goal every season to have at least one training partner for every workout. The Colorado running community has always been a central part of her life, starting with the 1985 Reebok Racing Team. 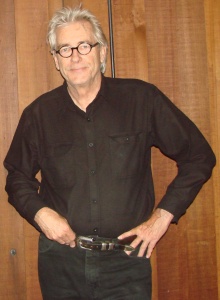 Paul is known for his writing and love of running. In 1983 he wrote The Purple Runner, a  novel originally self-published by Highgate Lane Press. The story is about a badly scarred but talented American who runs a sub-two-hour marathon in the Greater London Marathon. The first edition has sold as a collector’s item for between $170-250 on amazon.com.

Paul has had countless articles published nationally and internationally for more than 30 years and an advocate for runners from around the world.

Awards include The RRCA/Jerry Little Memorial Journalism Excellence Award and the Illinois Valley Striders Hall of Fame – for journalism.

Shalaya Kipp came to the University of Colorado Boulder and competed as a Buff from 2009-2014. During that time, she became a nine-time All American, an individual NCAA Champion in the steeplechase, and the first women in the University of Colorado’s history to be an All-American all four years in cross country (freshman to senior year). In 2012, Shalaya qualified for the London Olympic games.

In 2013, she represented the US at the World Championships in Moscow Russia.

Upon finishing here collegiate eligibility, Shalaya pursued a Masters degree in Physiology from CU, as well as more elite running.

In 2015 Shalaya took home two silver medals for the USA in the Pan American Games and NACAC Championships. In 2016 she finished 4th at the US Olympic trials to become an alternate for the 2016 Rio Games.

In 2018 Shalaya moved to Vancouver British Columbia to pursue a Ph.D. in Kinesiology. She has no plans to quit training and hopes to still be running when she’s in her 90s.