Pat Porter was one of the most dominant U.S. distance runners of the 1980s. Pat was a two time U.S. Olympian, running the 10,000m at the 1984 and 1988 Olympic games. In 1983 he set the World Record for a road 10K at 27:31.8. He won the silver medal at the 1985 IAAF World Cup, barely missing gold by six hundredths of a second. Pat was best known for his cross-country running accomplishments, winning a record eight consecutive USA Cross Country Championships from 1982 to 1989. Pat also represented the United States at the World Cross Country Championships each of these years. His best finish at the World Championships was 4th in 1984, followed by 6th, 7th, 9th and 10th place finishes throughout his career. On July 26, 2012, Pat was killed in an airplane crash along with his 15-year old son Connor and his son’s friend. Only days before his death, Pat had been inducted into the Rocky Mountain Athletic Conference Hall of Fame in Colorado Springs and was also inducted into the Adams State Athletics Hall of Fame in 2000 in Alamosa, Colorado. He was 53 years old. 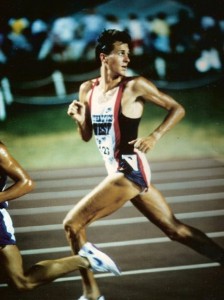