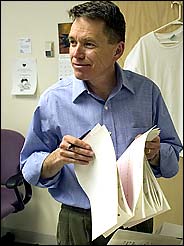 Dr. Anthony Sandoval is a former world-class marathon runner, most noted for winning the 1980 U.S. Olympic Marathon trials, the year the U.S. boycotted the Moscow Olympics. Sandoval’s 2:10:19 performance was a U.S. Olympic Trials record. In addition, Anthony competed in the Olympic Trials in 1976. 1984, 1988, and 1992, but never qualified to compete at the Olympic games. In the late 1970s Sandoval worked towards becoming a medical doctor and competed in marathons on unusually light training. In September 1979, Sandoval finished the Nike/Oregon Track Club marathon tied with Jeff Wells with a time of 2:10:20, with the two runners crossing the finish line hand-in-hand. In the 1992 trials in Columbus, Ohio, Sandoval popped an Achilles tendon at 8 miles and was unable to finish. That was the last time Sandoval ran at an elite level. Sandoval was inducted into the Road Runners Club of America Hall of Fame in 1999. Anthony is currently a cardiologist in Los Alamos, New Mexico, USA. 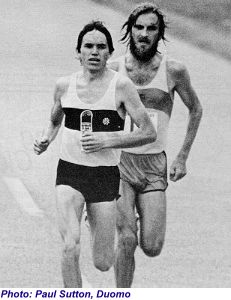