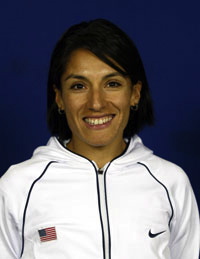 Elva Dryer (neè Martinez) is a three-time qualifying track and field Olympian: placing 3rd in the 5,000m at the 2000 Olympic trials; second in the 10,000m at the 2004 Olympic trials, finishing 19th in the event; and 15th in the 10,000m at the 2008 Olympic trials. During her college career at Western State, Elva won two NCAA D-II cross country titles, and was national champ in the 3,000m four times, the only person to achieve that feat. Dryer was the top American finisher at the 2007 ING New York City Marathon, placing 6th (2:35:15). She married Russ Dryer, a former All-American cross-country runner and fellow Western State alum, and he has coached her ever since. Elva’s hobbies include crocheting and reading. 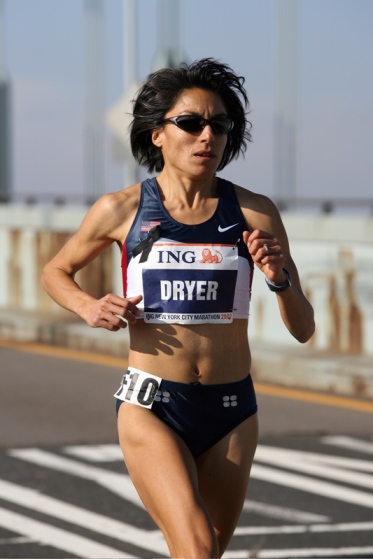